Is Google Making Us Stupid?

So, is Google making us stupid?

Sven Birkerts, years before Google emerges, says yes: the web is trapping us in a world of shallowness, a web that erodes language, flattens historical perspective, and destroys privacy. McLuhan, who years before began the process of making an “inventory of effects” of the electronic age on our minds and culture, argues “No.” Substantial changes are happening, for McLuhan, but he is more optimistic that they are leading to something positive he calls a “global village.”

I suggest Carr’s essay, “Is Google Making Us Stupid?,” offers some updating of Birkerts’ concerns, but also some possibility for countering. For our purposes, I would emphasize that Carr’s rhetoric (how he writes and presents his argument) is, at any rate, stronger than Birkerts in key places. It is more effective in what it does, how it develops and complicates the argument–even as it makes a similar claim for a dramatic shift in how we read in the electronic age. Toward the end of the essay, Carr provides a very good model for how to present an effective counterargument.

The scene from the end of 2001: A Space Odyssey: the one discussed in the article “Is Google Making Us Stupid?” The computer HAL being dismantled by Dave.

The article also refers to Plato’s “Phaedrus,” part of the section that opens up counter-argument. It reminds us that various technological changes stretch far back–and that writing was once the “Google” of ancient Greece. You will recall that McLuhan also refers to this famous dialogue, as does Birkerts and Joseph Harris and Dennis Baron.

Does my ability, or my desire, to access these ideas from the essay–I might call them, to use a loaded term, these links–in digital form, from the same screen with which I read the essay, constitute deep or shallow reading? Perhaps the problem is we need some different terms to describe what I am doing.

Think back to The Medium is the Massage and our discussion of the way that this print book extends or mediates the traditional book, one could say “hypermediates” the conventional form of an argument.   Is this also something to fear–or does this return us to something more crucial and fantastic in storytelling or literature? Would lots more types of books like The Medium is the Massage make us stupid?

Carr has turned his article into a book titled The Shallows. Here is a review from the NY Times.

Some further reading links to consider–and return to as you develop your argument for the third writing project:

A recent argument that cites Carr, but offers a more interested, hopeful vision for the ways digital reading is creating and influencing fragmentary readers and writers. “Fragmentary: Writing in a Digital Age”

A review of, and argument with, Carr’s book The Shallows (the book that emerges from his Google article).

A NY Times review of some new children’s books that blend print and digital; the reviewer suggests it as an updating of the Choose Your Own Adventure series.

Lanier, “Does a Digital Classroom Enfeeble the Mind”

“Inside the Google Books Algorithm”

Gibson, article in Wired on writing as cut and paste remixing.

Harris’s chapter on “Remixing” refers to the scholar Kathleen Fitzpatrick and the digital versioning of her later print book Planned Obsolescence. See it here. Does this type of reading counter Carr, or provide further evidence for his concerns?

And here is Birkerts himself writing in response to Carr’s book The Shallows.

As you can see, we are participating in a critical conversation with lots of forwarding and countering going on.

Your brain on the internet: project 3 debate and sample 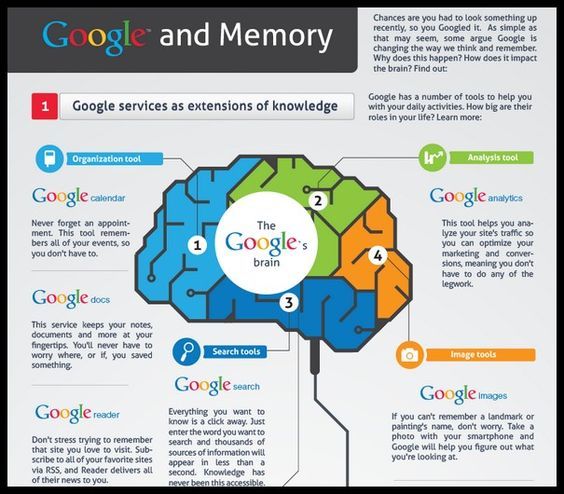 We conclude Project 3 with a debate.

Claims/Questions for Further Debate: The influence of digital media on literature (and more broadly, on communication and thinking) have been harmful; we need to make changes, or at the very least be careful (Pandora, Frankenstein’s monster etc.). How do you respond? Additional claims:

And here is a recent op-ed by Frank Bruni that worries that the internet is not just affecting our brains (Carr) and our literacy (Birkerts), but our civic discourse. Frankenstein makes an appearance. “The Internet Will Be the Death of Us.”

And another op-ed by Bret Stephens, “How Plato Foresaw Facebook’s Folly,” that analyzes current problems with Facebook by forwarding Plato and the concern with writing–the critical insight we have seen forwarded now about 5 different times.

Sven Birkerts has been our central guide in the argument against the transition from print to digital forms of reading and writing. We are also thinking about ways to counter an argument–our own as well as others.

We found one example in Carr’s article: recall when he turns toward the end and admits that he might be worrying too much and invites us to be skeptical of his skepticism. That is a basic form of counterargument, located at the end; in effect, it is his last section of the argument, leading in to his conclusion.

Janet Murray’s introduction to Hamlet on the Holodeck, “A Book Lover Longs for Cyberdrama,” presents the whole of the argument as a counterargument. Note how she sets this up with her title and the epigraph, quoting Birkerts. She then extends counterargument by also entertaining an objection toward the end (much like Carr does): admitting (p. 7) that new technologies can be frightening, despite (or in counter to) her own argument that the computer is a “thrilling extension of human powers” (6).

For another example of countering the argument that the electronic age represents a “Frankenstein’s monster,” consider Robert Darnton’s “5 Myths About the ‘Information Age’.” There the approach is to counter, point by point, and very strongly, assertions made by the likes of Birkerts regarding the influence of the information age on reading and books.

This is your brain on Google

Are you smart or stupid as a result of using Google or Wikipedia or Facebook or other social media for the last 5 or six years of your life? Are you stronger or in some way a different reader or writer as a result of such digital media than say you might have been beforehand (if there is such a thing for you)? Smarter, as a result, than a parent or grandparent?

We will end our course thinking and reading more directly about these issues of digital media and literacy–as they come up in Birkerts’s concerns about the “fate of reading in an electronic age” that we will explore in our third writing project (The Future of Wreading). I also want to begin here, since these questions provoke some reflection about our own practice and processes as readers and writers. And this course, from start to finish, is very much about better understanding and improving upon that practice.

Two recently published works that take up the question that concerns Sven Birkerts (author of one of our texts, The Gutenberg Elegies) and that we will be exploring throughout the course: what becomes of our brain and intellect (generally speaking), and of our ability to read and write (more specifically)?

Birkerts, we will see, argues that the answer is disturbing.

Clay Shirky, in Cognitive Surplus: Creativity and Generosity in a Connected Age, argues very much in opposition to Birkerts: things are better–and things were much worse with the invention of television. [link to a review of this text]

Nicholas Carr, in The Shallows: What the Internet is Doing to Our Brains, offers something of a middle ground. The internet and digital technology have affected the ways we think, write, read–and some are unsettling; but writing itself is a technology that has served other disruptions in the past (including the invention of the printing press). This book originated as an article, “Is Google Making Us Stupid.” We will be reading the article toward the end of the class when we focus on the emergence of digital and electronic literature. [link to a review of The Shallows]

In our initial readings and writing, we will be reflecting on our own histories as readers and writers. I suspect that like more and more of us these days, your history is a blend of the old (Gutenberg’s machine, the book reproducible in print) and the new (digital reproduction and networked communication). What about that experience? How have they informed how you read and write? What might you do with them, now?

In response to Gerald Graff’s notion of “hidden intellectualism” (a way of ‘forwarding’ his thinking into this topic of digital literacy), I am beginning to wonder if the use of Google, and more broadly, the various ways we read, write, and think in digital media, is another form of hidden intellectualism. That is to say, is the fear that Google is making us stupid really just another discounting of non-book smarts, of alternatives kinds of intelligence that a student might develop just as he might with a book?  Is there hidden intelligence, for example, in the use of Facebook, a blog, a video game, and so on?

I am not a gamer, and have limited use of social media, primarily blogging. However, I have come, more and more, to make extensive use of Google for my scholarship, for the reading and writing that I do as a literary scholar. I spend a good bit of time reading books, particularly from the 19th century, in Google Books. Later in the course (when we read the article “Is Google Making Us Stupid”), I will share with you some of my Google insights. For now, I leave with that implication: that the fear of Google or Wikipedia or other newer media sites for literacy–the end of the book fear–may be, at least in part, just more of the same fear of intellectualism (as Graff puts it) by non-traditional means.